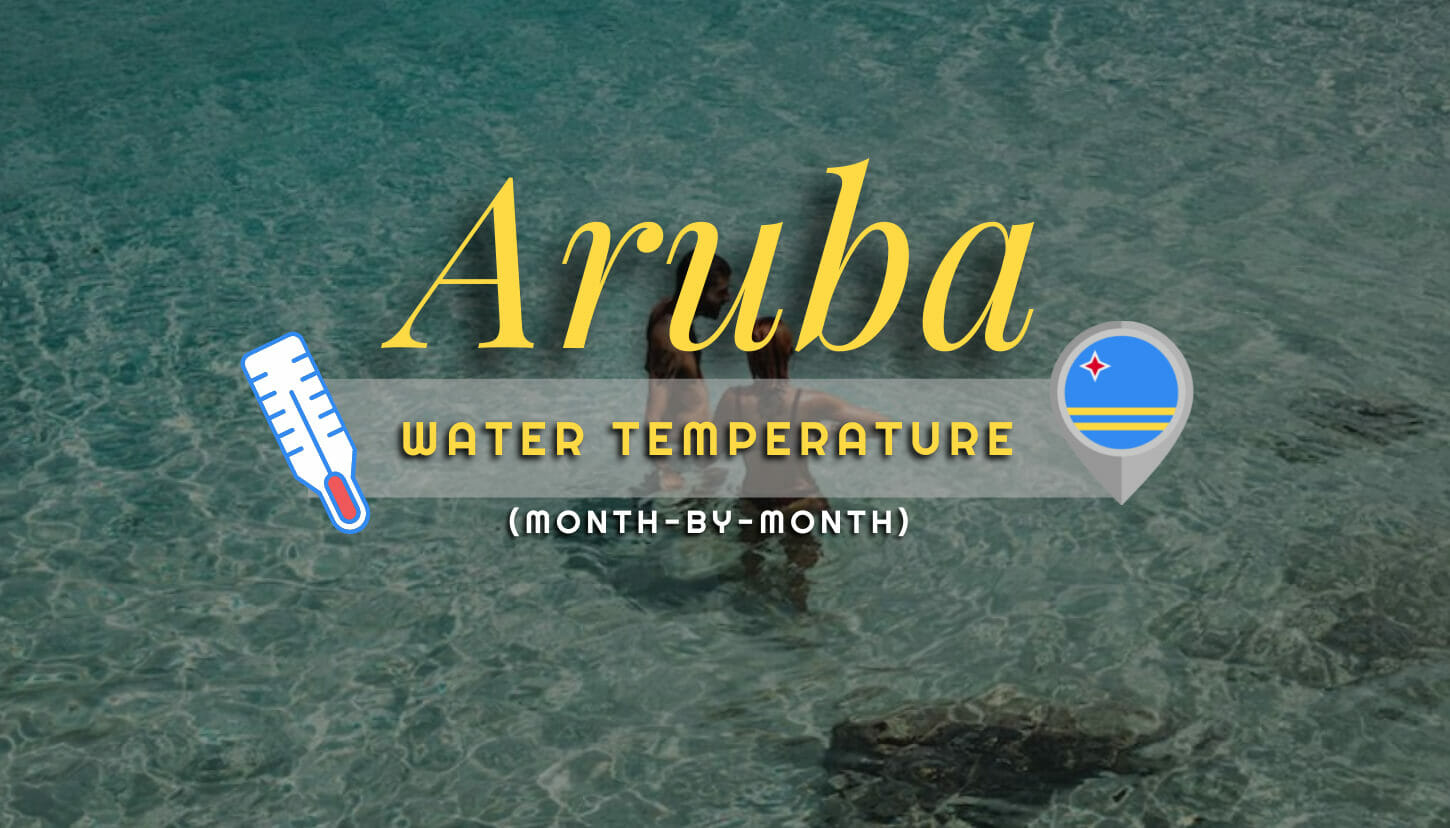 Aruba is an island in the Caribbean Sea, approximately 18 miles north of the Paraguana peninsula and 50 miles northwest of Curacao. Its economy relies heavily on tourism, receiving over 2 million tourists annually. The island’s appeal is its favorable travel requirements, incredible hospitality, and of course…those famous Aruba water temperatures!

Below is information on Aruba’s near-perfect water temperature and the best times to visit.

Ok, so here’s the question: why is Aruba blessed with warmer water temps than other islands? To understand, let’s take a look at Aruba’s climate and geography.

It rarely rains in Aruba, with annual rainfall at around 20 inches, resulting in the island’s arid landscape. These numbers can range drastically depending on climatic phenomena like El Nino and La Nina. During the 1997/1998 El Nino season, the island received only 6 inches of rainfall, making it one of the driest years in recorded history.

Aruba is Outside the Hurricane Belt

Aruba lies south of the general hurricane paths, around 12 degrees 30′ north of the equator, resulting in relatively calm weather throughout.

The last tropical storm to affect the island was Hurricane Felix in 2007. Despite passing 60 miles off the coast, it did result in heavy rains and high winds on the island, only causing minimal damage.

Despite having a tropical climate, Aruba goes through weather seasons that affect the water temperature. Here is more information on their effects

Aruba’s winter starts in November and ends in March. This marks peak tourist season on the island, with the average monthly water temperatures at 80 degrees Fahrenheit.

March is also the driest month in Aruba, receiving an average of around 2.4 inches of rainfall.

Thanks to the Atlantic trade winds that cool the island, you are unlikely to feel the effect. The average water temperature during summer is around 82 degrees Fahrenheit. Summer also marks the beginning of hurricane season, resulting in tropical storms, but these are rare.

Fall is from September to November, and Aruba’s water temperature is between 82- and 84 degrees Fahrenheit.

October records the highest water temperature at about 84 degrees Fahrenheit. It is also the month with the highest chance of tropical storms since the hurricane season is at its peak. Humidity levels are also high, averaging at about 85%.

Here is a summary of Aruba’s climate to help you plan your next trip: